The battle between the regulators and the crypto-anarchists is going to be a long one. Now that the Bitcoin genie is out of the bottle and has been since 2008, governments and regulators have been slow to catch up with this new phenomenon.

Many of the major exchanges now enforce KYC compliance on their customers, which removes much of the anonymity that cryptocurrency enthusiasts strive for. Those in favour of KYC compliance argue that it ensures customers’ safety, but is this truly the case?

Know Your Customer – or KYC as it is often referred to – ensures that cryptocurrency exchanges know precisely who they are dealing with. The process usually involves uploading a selfie, a utility bill, and a copy of your identification.

It is common practice for many companies that handle monetary transactions to conduct KYC. Online casinos, banks, and cryptocurrency exchanges are all required to do so. It helps the companies themselves and governments in a variety of ways. Firstly, it helps prevent money laundering, as knowing who is sending money where allows them to keep track of funds. There are many who suspect that cryptocurrencies are used for funding terrorist activities as well.

For many cryptocurrency exchanges, you are unable to withdraw or deposit large amounts of capital without first going through the KYC process. This protects not only the exchange, but yourself as well.

For many involved in cryptocurrencies, their ideological basis stems from the works of the Cypherpunks and crypto-anarchists. These groups started with cryptographers from the 1960s who feared the explosion of interconnected computers harvesting data. Their fears are realised now more than ever, with huge corporate behemoths such as Facebook and Google as well as the work of state-operated agencies such as the NSA.

The right to privacy is one of their key tenants, which they feel is being eroded away in modern society. KYC is one such issue they have. In their view, they do not believe it is necessary or correct for companies and the government to require KYC protocols.

The battle between privacy advocates has raged since the emergence of computing cryptography and continues to this day through cryptocurrency. To subvert the power of the state and chain analysis companies, updates are being brought to many more cryptocurrencies to improve their privacy.

It is a constant battle between cat and mouse, with both sides hoping neither gains the upper hand.

Does KYC compliance protect your cryptocurrency?

The safest way to store your cryptocurrency is by keeping it yourself. By leaving your holdings on an exchange or with a third party, there is always a risk that you may lose your coins forever thanks to a hack or technical problems. As the famous saying goes: “Not your keys, not your Bitcoin”. This has been highlighted in recent months by the hack of Cryptopia, which eventually led to its liquidation.

KYC does provide benefits however. It allows for exchanges to build firm banking relationships, helping to improve the functioning of the exchange and enabling easier transfer of money. It also allows the possibility of recovering stolen funds. Should you lose vital information, it could be difficult to prove you are who you say you are. But with KYC, procedures like this can become easier.

It also helps to remove fraudulent actors within the space. Known pump and dumpers can be traced through their KYC and banned from manipulating the market.

There are security risks to all this though. We have seen numerous companies suffering from data hacks with personal information stolen. Even with the highest level of security, this is unlikely to be a risk that ever goes away.

Clearly there are benefits and negatives to both sides of the argument. For the more casual user of cryptocurrencies, KYC gives them a sense of security that the cryptocurrency exchange they are using is safe and regulated.

For the more traditional crypto-anarchist, KYC is a draconian measure that adds to privacy risk issues.

It is unlikely that KYC compliance is going away any time soon. For many businesses, KYC is a necessity to operate in a legal manner. The battle for privacy in the modern age will continue to wage on, and you can definitely expect that many cryptocurrency developers will be attempting to make their own cryptocurrencies more private to prevent any form of snooping.

Whether you agree with this will depend on your own personal opinions and your views on the limits of privacy. As we move further toward a more interconnected society, expect this debate to become more and more common. 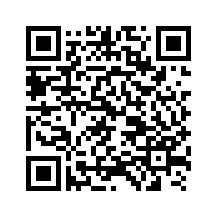