With so many inviting choices, figuring out where to go in Vietnam isn’t easy. The vibe, food, and culture differ greatly between the north and south; there are more than enough exciting places strewn between Hanoi and Saigon.

No trip to Vietnam is complete without walking the busy, narrow streets of Hanoi, a city best described as the cultural heart of Vietnam. The vibe in Hanoi is dramatically different from Saigon (Ho Chi Minh City). Love it or hate it, you can’t experience Vietnam without seeing Hanoi.

But don’t assume that Hanoi is all cold, heartless concrete, because life centers around a beautiful lake and park in the middle of the city.

Hanoi gets chilly in the winter, so there are better times than others to visit.

The top tourist destination in Vietnam, Ha Long Bay can be reached via a five-hour bus from Hanoi or packaged boat tour in Hanoi. The scenery in Ha Long Bay is breathtaking, but choosing the right tour for a good experience is crucial.

2,000 islands and islets in Ha Long Bay jut dramatically from the water; the opportunities to grab gorgeous photos are overwhelming. You’ll need more than one day to enjoy Vietnam’s most famous UNESCO World Heritage Site.

Vibrantly green rice terraces cascade down rugged mountains in Sapa, a great place for trekking and interacting with ethnic minority groups. Getting to Sapa from Hanoi takes a little effort, but if you’re craving fresh air and homestays, you’ll find plenty of both.

Hue, pronounced “hway,” was the imperial capital of the Nguyen dynasty, but the city was made most famous by its role during the Vietnam War. Bullet holes are peppered throughout the Citadel, the former forbidden city accessible only to the emperors and their concubines. The Battle of Hue was one of the fiercest during the 1968 Tet Offensive.

The Imperial City and Citadel in Hue are best enjoyed on bicycle. Tombs for various emperors can also be visited.

Da Nang, Vietnam’s fifth largest city, sits roughly between Hanoi and Saigon. The city served as a major hub of operations for South Vietnamese and U.S. forces during the Vietnam War. The air base there was considered to be one of the busiest airports in the world due to the amount of daily sorties flown.

Da Nang is home to an expat community and the infamous China Beach, a popular rest-and-relaxation spot for American G.I.s during the war. Although there aren’t a lot of things to do in the city, locals are friendly and hole-in-the-wall bars abound. Nearby Hoi An is much more touristy but also more charming for an overnight.

Although the word is out and the town stays busy, Hoi An is a favorite for many visitors to Vietnam. The atmosphere is simply unforgettable at dusk as swinging lanterns illuminate ancient, brick streets. Hoi An once served as an important trading port, but today it is most famous for tourism and the abundance of cheap tailor shops that will customize clothing to order.

Hoi An’s Ancient Town is a UNESCO World Heritage Site that attracts an ever-increasing number of tourists. The famous Japanese Bridge there is beautiful at night. Don’t miss your chance to try the rarest noodle dish in the world when visiting Hoi An.

Nha Trang is a good-sized city with wide beaches that attract Vietnamese tourists as well as Western travelers and backpackers. Nha Trang is arguably Vietnam’s scuba diving epicenter, and groups can hire sailboats, along with a captain, to enjoy the beautiful bay.

If you’re looking for a mostly quiet beach town without the backdrop of hotel high-rises, Mui Ne is the spot. Mui Ne is famous for its kitesurfing scene; Western enthusiasts live there seasonally between November and March to take advantage of the wind and surf. One end of Mui Ne is very popular with Russian tourists, even signs and menus are in Russian.

Backpackers head to Mui Ne to enjoy the sand dunes just a short motorbike ride away from the beach. Travelers can rent sheets of plastic for sledding down the dunes.

Although Saigon was renamed to Ho Chi Minh City, travelers and locals alike often still refer to Vietnam’s largest city as Saigon. The energy and pace of Saigon are certainly more electric than in Hanoi. Saigon has the best nightlife in Vietnam with “bia hois” along the streets selling light, locally brewed beer for less than 50 cents each.

An abundance of historic sights are dotted around Saigon, including the Reunification Palace, the War Remnants Museum, and Notre Dame Cathedral. Water puppet shows are also a popular attraction.

The airport in Saigon is Vietnam’s largest and busiest, so it is best to check into flying into Vietnam.

Travelers interested in a quieter, unique experience should make a trip from Saigon to see the Mekong Delta. Numerous villages and rice paddies line matrix of canals and waterways that form Vietnam’s most productive agricultural center.

Although a handful of places in the Mekong Delta are busy with tourists who go for river cruises, a more “authentic” experience can be enjoyed by easily getting off the beaten track. The Mekong Delta is around four hours by bus from Saigon.

Travel Around The World

10 Famous Places To Visit In Berlin

Most Amazing Places to Visit Before You Die

4 thoughts on “10 Famous Places To Visit In Vietnam” 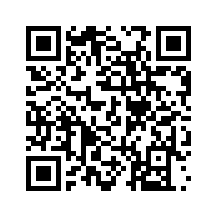